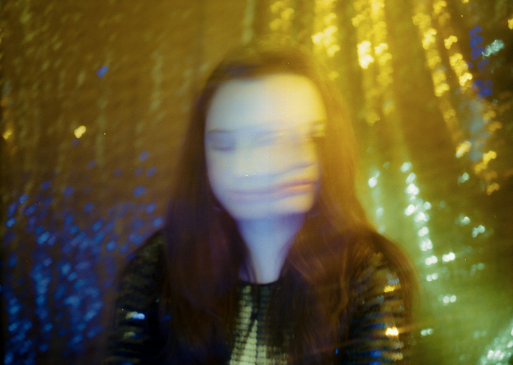 Indie dream-pop duo tiny deaths have released a new remix EP Magic (The Remixes). The Los Angeles-based band’s own Grant Cutler put his own spin on their song ‘Daughter.’ The Grant Cutler Remix appears on their recently released EP via Handwritten Records. On the remix, Cutler gives their original song a playfully fresh spin. On ‘Daughter (Grant Cutler Remix)’ Cutler he has given the song a new perspective, rich with echoing electronic elements and an elegant yet vibrant tempo. Singer  Clair de Lune’s lustrous vocals seemingly float through Cutler’s electronic constituents. The two come together in faultless harmony.

tiny deaths, Claire de Lune and Grant Cutler, balance seemingly conflicting styles perfectly. Cutler, from a heavily experimental electronica and ambient background, and de Lune’s from an RnB background, somehow merge into an Indie-pop style that is euphonious. Their sound remindful of artists such as Grimes or Cocteau Twins.

Claire delineates the story behind their latest EP, Magic (The Remixes), “This project has always lent itself to remixing and we’ve had a few unofficial remixes pop up over the years, so it only felt right to do an official remix EP. I reached out to some of my favorite producers I’ve encountered over the years to take a crack at the songs and was so happy at the results. Grant even remixed one of the songs himself! It’s really cool to breathe new life into a project that’s been out for almost a year, especially the one we’re so proud of.”