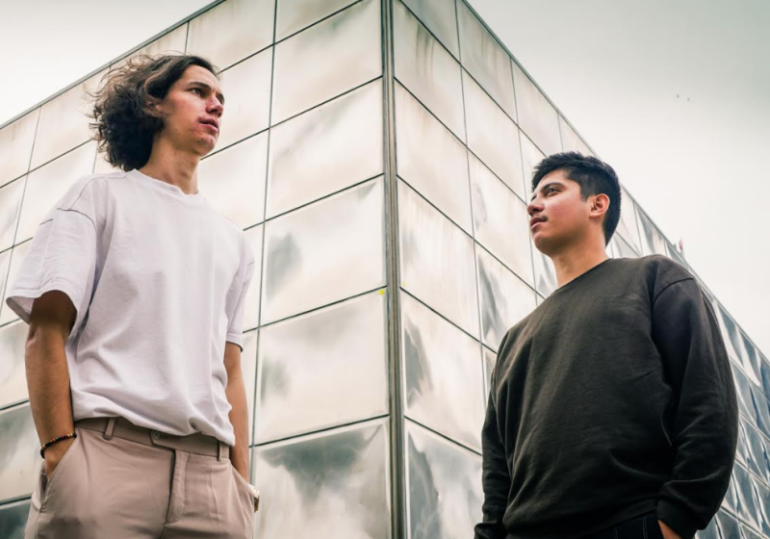 Ahead of their latest single release ‘Resistance’, we chatted with electronic duo Tibasko about their excitement about their new work in this exclusive interview with them. Tibasko’s music is hard to pin down to a specific genre as they dabble with everything melodic from house, techno and trance, and we are completely obsessed.

Voted as Ones To Watch for 2020 by Kiss FM, find out more about this dynamic duo below.

Ken: I actually come from a live music background before producing electronic music and have been playing instruments since I was probably six. My dad was a musician when I was younger, so we’d always have instruments around the house, and I was encouraged to pick it up to have a little play. Funnily enough, the first instrument I learned, the guitar, I didn’t really enjoy that much at first. But this all changed when my dad introduced me to a lot of soul and funk music, specifically I’d remember he’d play Steely Dan’s Can’t Buy A Thrill album whenever we’d go on car journeys. I just thought Steely Dan was so cool and I wanted to be like him. I think that was one of the sparks to start of my ambition to get into a music career.

Andy: My earliest memory of music that properly resonates with me would have to be Kanye West’s debut album College Dropout; I still believe that it was his best album to this day. His ability to sample music was like nothing else at his time, and his experimental nature in his records still amazes me. Equal to this my two other favourite albums from that time would have to be the Arctic Monkey’s Whatever people say I am, that’s what I’m, and also Keane’s Hopes and Fears. All three albums I still rotate through to this day.

At what point in your life did you have that moment where you said to yourself & this is it.This is the type of music I want to create?

I don’t think it comes down to one moment, in particular, it’s a series of events and moments that culminate in our moulding and restructuring the sound we want to create that basically happens on a loop. We don’t feel that at any one time we have found the sound we want to pursue forever, it’s constantly evolving. We’re happy that we’re starting to fit into the sound we love at the moment as for the foreseeable future we’re loving making this music.

Ken: There are so many incredible albums out there that have inspired us so this is a tough question. Although, I’d say Bicep’s self-titled album has been a real source of inspiration for us. We just love how raw it is and stripped back the entire album is, whilst still carrying complexity within the sound design. The samples used in it are impeccable as well. Another album that I’d say has affected our creative outlook and output would be Jacques Greene’s Afterglow – just love the unique sound this album carries and his awesome use of vocal samples and interesting percussions. It’s really set a standard for us in terms of the quality of tracks we want to put out.

Andy: Funnily enough, we both use different DAWs – Ken uses Logic and I use Ableton, although it’s actually been quite a good thing for both of us as we often cross over programs depending on what we need to do. For example, while a lot of the music we make together is created on Logic, we use Ableton to translate these tracks into a live set.

Ken: Although we do have the hardware to use, we don’t rule out software synths. We usually design most of our sounds on VSTs such as u-he Repro-1 and Repro-5 then might decide to layer some hardware over that to get a more complex sound. In terms of gear, we love to use at the moment, the Novation Peak steals the spotlight – it’s an eight-voice polyphonic synth (total of 24 oscillators which is mental) that delivers a gorgeous warm and rich sound. We just love the complexity of sounds that you can get out of it.

What inspires you outside of music? What do you turn to when the creative well runs a

Listening to a wide range of genres helps to inspire us when it comes to producing music. For example, you can take quite a lot from jazz and classical music in terms of how they arrange the music, and it’s a great source for samples too. Other than that, taking frequent breaks away from the music and doing other hobbies such as acting (fun fact: Andy’s a multi- talented guy and does theatre acting on the side) to make sure we approach creating new material with fresh minds.

What is your opinion on the ever-spreading sub-genre vine? Are there too many? Do you think there’s perhaps a sub-genre that doesn’t get the attention it deserves?

Categorizing music is a difficult one and labelling your music into one of those categories is even harder. I think it’s important to be able to distinguish between certain tracks though as marketing it in the correct sub-genre and to the correct people is so crucial these days.  Sub-genres are completely different dependant on who you ask about them, deep house to Americans are a completely different thing to people from the UK and that derives from exposure and experiences around the type of tracks. For us, you can find outstanding music in nearly every genre and sub-genres of electronic music, you need to know where to look though. One genre that’s catching our attention at the moment would be Leftfield House and Techno, lots of early 90s raves inspirations.

Studio work and music creation or performing and interacting with a live audience, what

Ken: Tough question – to be honest, I feel like they both kind of go hand in hand. When we produce our music, we usually do it with a vision in mind as to what emotions we want to invoke with the live audience. So, part of the joy of being in the studio is when you’re able to convey the intended emotion within the track, which is also part of the joy with performing in front of a live audience.

Andy: I feel like you get a different kick between studio work and performing. The best thing about studio work is being able to be in our own world and space to really focus on expressing all the creativity we have pent up inside us. Whereas with performing, building a connection with an audience by creating a sonic journey for them is such an incredible feeling – especially when you get to share the joy of the music the people on the dancefloor.

The inspiration behind Reverie actually came about a few years ago when we both went to see Bicep live at Printworks. They created a really emotional atmosphere on the dancefloor, and it was something that we wanted to capture in a track. So that’s when we made ‘Reverie’, which went through multiple revisions just to get it right. The name comes from the idea of being in this state of pleasantness, almost like you’re in a daydream – the same emotions we felt when we were watching Bicep perform. If you look at our previous three releases, we’ve hit our stride with this sort of sound and it’s definitely something we will continue pushing. We’re incredibly excited to show off our latest music that we’ve made during the lockdown as we feel it offers some refreshed ideas that we’ve kept on refining over time.

The music video is great! Is the marriage of visuals and music something that you will be focusing on with Tibasko? We’ve got Ally Baird (@allybairddesign), the visual designer we’re working with for most of our forthcoming release to thank for that! We’ve been really lucky to find someone who understands our vision. Having the right visuals to go along with our music is really important to both of us as it adds another plane to how the music is expressed. As a music artist, it becomes apparent that there is a huge difference between art and business.

Is there anything about the music scene that you would personally change?

We feel like the electronic music scene is moving in the right direction within this, but generally, the music scene could be more inclusive of female-identifying acts within festival line-ups. It’s astonishing to see how unequal gender representation is in the music scene despite there being so many amazing female artists. For example, if you look at the Reading and Leeds line up for 2021, you’ll find that there are no female headliners. It’s even more mental to see that there are only eight female acts listed on the poster. However, we believe that event brands are becoming more conscious of this, so hopefully, we’ll start to see a better gender representation altogether.

Ken: There are quite a few upcoming artists that we’re massive fans of at the moment. Tommy Farrow is definitely an artist to look out for, he’s got an insane sound that’s similar to Ejeca, and the first-ever EP he’s put out, Let’s Just, has just been made BBC Radio 1’s Hottest Record in The World which is an unbelievable achievement. Effy is another name to look out for, she’s such an amazing sound designer and always comes out with some absolute heat. Also really love what Meg Ward is putting out – her music is quite reminiscent of that old school rave house which I absolutely dig.

Andy: Equal to Ken’s choices on some amazing new and emerging artists we have someone who has been supported a lot on Radio 1 and that’s Blueprint. He’s had some noticeable releases on the mighty Stress Records and has a lot of support from Pete Tong. Lastly, I want to point out someone who is currently smashing her releases, TSHA has had an unbelievable couple of years all culminating into her latest record in which her Bonobo style is displayed masterly, keep an eye out for her for sure!

What can we expect from you in the near future? Any upcoming projects or gigs in the the pipeline that you would like to tell us about?

We’ve got our first post-lockdown show on 24th September at Night Tales in London, playing for BBC Radio 1 Jaguar’s new party brand, Utopia. We’re incredibly excited for this one, especially as the line-up of artists we get to play alongside are also some of the artists we both look up to and are big fans of. We’ll be performing with TSHA, ABSOLUTE, Helena Star and of course, Jaguar. We’ve also got a forthcoming release with the legendary Stress Records the day after (25th September) which we can’t wait to show everyone! This one has been in the works for a long time coming – we’re pretty sure we probably went through almost 40 drafts of this track before it was properly complete. Lastly, we do have a big project planned for 2020 however we can’t say too much for now… everyone will have to keep their eyes peeled for when we announce it!

If you want to follow our musical journey and all of our upcoming releases you can find us on socials, just type in Tibasko and you’ll see us. We’ve got big plans for the rest of this year and following into 2021! 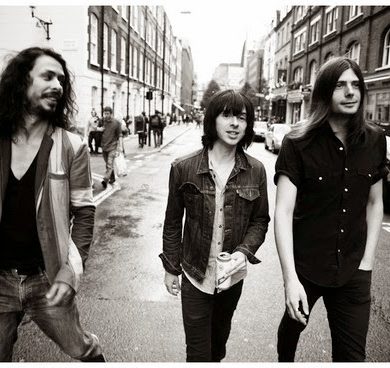