The feel of Ormiston’s new EP is undeniable. Titled Hammer Down, the Lisbon Lux Records release just keeps on knocking! Well-known producers Fred Falke, Das Mörtal, and French Fox have each taken a swing at remixing songs from Ormiston’s previously released project by the same name.

‘Hammer Down (Fred Falke Remix)’ is a combination of morphing synths and amplified guitars reminiscent of the ‘80s, while in contrast, a heavy downbeat and analog tones blend to create a disco-era flavour. Sandwiched between two retro compositions, the ‘Green With Envy (French Fox Remix)’ is a festival finisher. It is both danceable and nostalgic; the type of song you hear and immediately time travel to your most memorable dancefloor experiences.

A punchy track, ‘Better Days (Das Mortal Remix)’ puts the finishing touches on this EP. Let us call it the proverbial cherry. Forward-driving and energetic, the producer went bold and nailed the landing. This song is a strong end to a dynamic project. 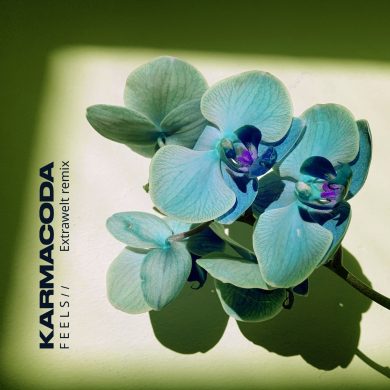