Strap on your rollerblades and get moving with French music producer ManfroP’s latest song ‘Number Two’ featuring the charismatic singer Jessie Wagner. Their disco flavour on this Riptide Originals single is so funky you won’t be able to stop yourself from feeling the groove.

Like tye-dye bellbottom jeans and teased afros, ‘Number Two’ is a colourful throwback. Sharply strummed chords carry throughout while an attitude-rich bass and syncopated hi-hats create that signature disco swing. Together, ManfroP and Jessie Wagner have brought the ‘70s to the modern era.

If ManfroP’s funkadelic dance beats are the body, then Jessie’s vocals are the soul. She knows what she wants and she’ll get it. She isn’t willing to settle for less than first place in her lover’s life. With fire in her voice, she performs vocal acrobatics that will stun and enliven you. Her voice shines as bright as a disco ball over a smokey roller rink. 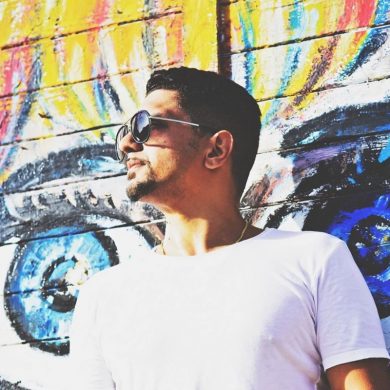