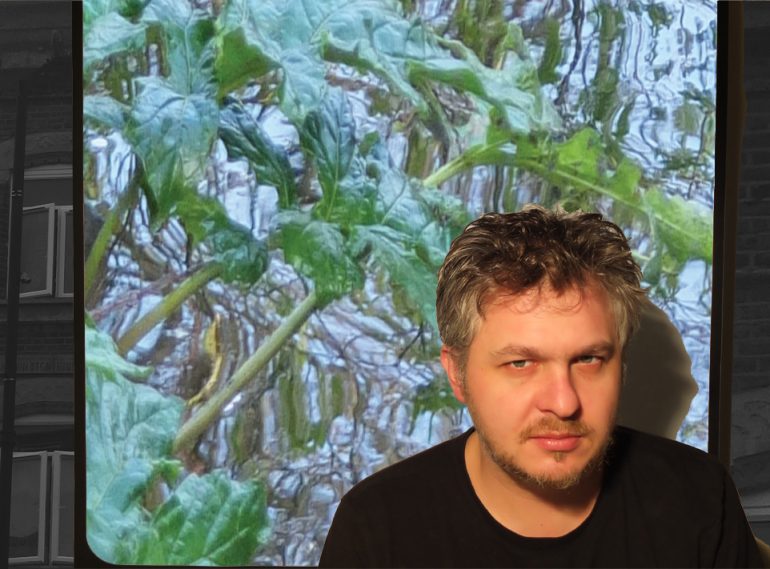 Electronic producer and multi-instrumentalist producer Bit Cloudy was born and raised in East London. He is also the lead guitarist for art-pop combo Firestations (signed to Lost Map Records).

Esoteric influences and a wide variety of styles, total disrespect for genre definitions.

I taught myself keyboard and guitar at a very young age and whatever else I’m doing I’ve always devoted most of my spare time to playing music. There is nothing else I like doing as much, it’s a compulsion.

It’s a very level playing field right now, but it’s very competitive, especially in London. Who the ‘gatekeepers’ to exposure and good shows are seems to be constantly and rapidly changing, and it’s tough if you’re in the position of having to seek exposure yourself as well as constantly creating. But you have to have faith that interesting and exciting music will rise to the top.

I’m not someone who gets very distracted or excited by gear, although I’m a multi-instrumentalist I do most of my solo stuff in the box in Ableton, using a load of samples I’ve spent years accumulating, built-in instruments and a few plugins. I do love some of the Soundtoys FX plugins, like Echoboy and Filter Freak. I feel like if I got involved in modular synthesis it would be never-ending and very expensive. I’m a low budget guy.

I have a record player but mostly have cheap  rock records from the sixties and seventies. I’ve barely owned any CDs ever, I’m more digital really. I don’t like owning stuff.

I have several new Bit Cloudy tracks on the way, possibly to be collected on a fourth EP. I have a remix and a track coming out on London’s Byrd Out, which is exciting. I’m doing a live ambient set in Walthamstow on Feb 29th supporting Ulrich Schnauss at a fundraiser. And the art-pop band I’m in, Firestations, are currently finishing our third album.